As many of you know, The Writers Circle is expanding. It’s a thrilling leap of faith for me to take our very personal, very “hyperlocal” community and reach across time and space (OK, it’s only eleven miles…!) to add a new link to the chain. 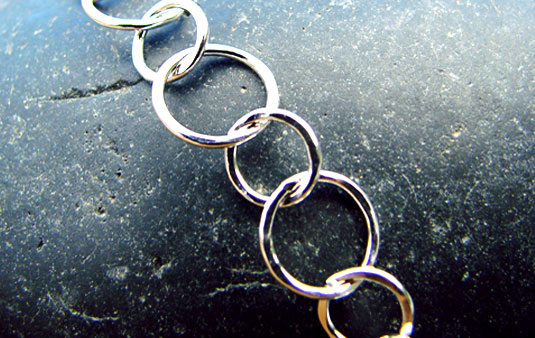 Michelle Cameron, who has posted as a guest here before, will be teaching two free introductory workshops this Sunday, March 27, at Sages Pages in Madison, NJ. Children from 11:00 AM-12:30 PM will join Story Magic, our multidisciplinary approach to creative writing. Adults will enjoy a more staid but equally nurturing workshop from 1:00-2:30 PM. Please come by, bring your kids (or not!), and welcome Michelle into our Circle.

Meanwhile, I give Michelle the stage once again with some wonderful insights into The Power of Revision:

I write quickly. Always have. It’s been a lifesaver, because right now, my life doesn’t give me the leisure I’d like to take with my writing.

But while I produce words swiftly and can focus in very short bursts, I do tend toward that infatuation with what I’ve just written that I think plagues all writers. I look at the freshly-minted page and fall in love. It’s the best thing I’ve ever written. It’s sublime. I want the world to read it, then and there.

I was reminded of this when I watched the video, Sondheim teaches ‘Later’ from A Little Night Music:

As Sondheim explains, this song describes Henrik, a sullen, adolescent young man from Scandinavia who is constantly being told “later” by everyone around him, with resulting frustration. Pay attention to the singer’s rendering of the piece. Sondheim allows him to get all the way through it the first time around. Listening to it (and granted, I am musically ill-equipped), one would think the music student had nailed it. There’s no place to go here. It’s perfect, just the way it is. Well, maybe not perfect, but good enough.

But Sondheim, the consummate artist, understands the power of revision. He has a vision of what he wants to hear and makes the performer repeat the song over and over until he achieves what he has in mind, because artistry isn’t just getting the notes right – it’s understanding the nuances that make it a living, breathing thing.

The first interruption of the second rendition of the song comes early. “It’s already too angry,” says Sondheim, wanting the student to understand how Henrik would really sing these words.

Characterization is critical to just about any song Sondheim writes. Giving the actor “someplace to go,” so his anger doesn’t stay at the same pitch throughout, is vital. He has also carefully considered the reasons why Henrik plays his mournful instrument, the cello – as opposed to any other instrument.

Sondheim then gives us a bit of insight into a fairly comprehensive cut that he made to the musical as a whole. Originally, every character was going to be carrying an instrument. “But it got too pretentious and it had to go,” he tells the audience, who laughs appreciably.

What they may not understand thoroughly, though, is the discipline it takes to make a cut of that magnitude. Take a second to ponder this. Sondheim went through the process of selecting instruments for each of the characters in A Little Night Music. It sounds as though he might even have staged it. But he was willing to cut this particular theme – akin to a writer having to write a character out of a novel, something I’ve actually done. Never mind the hours spent to make the selections. If it doesn’t ultimately serve the piece – it’s got to go.

Which brings me back to my original point. Getting the words down is only part of writing. The part that makes a writer into an artist is the ability to wait, to gain some distance, to come back to the draft with dispassion, and then to make sure that every word, character, plot device, and description all work as a cohesive whole.

It takes discipline. It means you often have to wait until “later.” But only there, in revision, is art truly possible.

Hemlock Falls after the freeze. 1 or 2? #winter

So excited to join @darcey_gohring_writer and the