Tips on starting with a bang, from TWC Associate Director Michelle Cameron:

A man lands at an airport. The plane taxis on the ground for nearly fifteen minutes, while all around him, people are talking on their cell phones, hoping to be picked up or explaining when they’ll arrive, or just letting the family at home know they’ve arrived safely.

The plane finally taxis to the gate. People take down their luggage and wait, impatiently, in the corridor of the aircraft. Finally, the line begins to inch forward. It picks up speed. Everyone moves out of the aircraft while the flight crew bids them farewell.

The man moves quickly through the terminal, exiting at the security gate. He goes downstairs to the luggage area, a cold, sterile place. He waits for his luggage to appear… 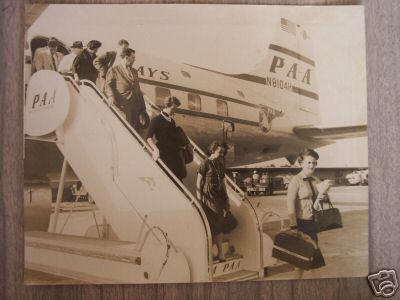 Are you bored yet? I am, and I haven’t even had my character retrieve his luggage, find a taxi, drive though the city, check in at the hotel…

A man lands at an airport. Two hours later, in his hotel room, he lies down on the king-sized bed and calls his mistress.

Bam. In two short sentences, we’ve moved the story forward – and haven’t bored the reader (or writer) to death.

It can be difficult for writers to know how many transitional details to add to a story or novel. Sometimes a writer feels obliged to include some of the day-to-day details that, frankly, have meaning in real life but not necessarily in a piece of fiction.

Generally, it’s good to recognize when you yourself are losing interest in just such a transition. That’s usually a great clue to examine why you’re writing such a scene. There are some times when you might want to include the transitional details. For instance, if they give some insight into the character or set a scene that is going to be important for your readers, then it’s worth it. But if they don’t serve the story in any way except to get your character from place to place, consider cutting them and getting right into the action.

How? A simple transitional phrase such as “two hours later” will usually be enough for the reader to fill in the gaps. We’ve all been to airports, we know the mindless details that have to occur as you go from place to place. We’re often happy not to have to revisit them in our fiction.

The best rule of thumb is always – does your transition serve the story? If not, as they say in the movies, “cut to the chase” and get moving.