The Long-ish Story (a short, formal bio is below)

I was born in Worcester, Massachusetts longer ago than I care to admit. Though writing was an early passion, I fell in love first and forever with dance.  After sweating, starving, moving to NYC and dancing professionally for seven years, I turned to theater where I’d hoped to find more intellectual challenge.  But a dancer is rarely taken seriously in the theater world.  So I spent a few years auditioning and working temporary jobs in NYC corporate offices. 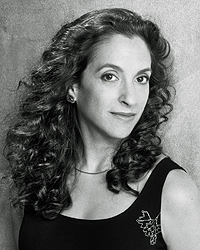 Often bored to death and trying to look busy, I started typing letters to friends. Really long letters! When I ran out of friends I hadn’t written to in a while, I started writing poems and short stories. One story just kept getting longer and longer, until I realized I was writing a novel.

The journey to complete The Thrall’s Tale, my first published novel, began in the early 1990s, when I happened upon three full-sized replicas of Viking ships moored in New York Harbor. Years of research followed, including a voyage on an ice-class research vessel from Iceland to Greenland, retracing the path of Erik the Red and the first Norse settlers.  Appropriately enough, Viking published The Thrall’s Tale in 2006 and Plume brought it out in paperback the following year.  It was a critical success with praise from Pulitzer Prize winners Geraldine Brooks and Robert Olen Butler.  Thrall was a Booksense (IndieBound) Pick, a Borders Original Voices Selection, and received some very nice reviews and attention from readers worldwide.

Since then, after a couple of false starts, I completed another historical novel, Pasture of Heaven, about a nomad woman warrior on the Central Asian steppes in the 5th century BCE.  I adore this book and feel that it’s much more accessible than the dense and dark world of Thrall, but so far, it’s not found a loving home with a traditional publisher.

Undaunted (she says with a hearty Ha-ha!), I’ve moved on to contemporary fiction.  It’s been quite a journey of self-discovery to let go of my deeply literary voice and passion for ancient worlds, but The Oracle of Avenue D has been a blast to write so far and its “voice” is much more the real me.

Over the years, I’ve published shorter works ranging from travel and cultural pieces to short fiction and poetry.  My writing has appeared in numerous publications including Archaeology Magazine, Scandinavian Review, Tiferet, The World & I, the literary journal Other Voices, and most recently in UP HERE: The North at the Center of the World published by University of Washington Press. I also contributed to the Smithsonian Institution’s exhibition Vikings: The Norse Atlantic Saga and was an expert commentator on the History Channel’s documentary series MANKIND: The Story of All of Us.  (That continues to be fun, especially when one of my young students comes up to me and says, “I saw you on TV in my Social Studies class today!”)

Speaking of students, I started teaching creative writing in 2006, first mentoring adult writers through the Writers Support Circle at the South Orange-Maplewood Adult School in New Jersey. In January 2010, I officially started The Writers Circle, inspired by my own children and those of many friends who were not getting the chance to write creatively in school.  Over the years I’ve extended my workshops to children and teens, and expanded my offerings for adults. My approach to teaching writing draws directly from my background as an actress and dancer, as well as from the lessons I learned from one of my greatest writing mentors, Madeleine L’Engle, author of A Wrinkle in Time. I was lucky to have been one of the many aspiring writers who literally sat at Madeleine’s feet and gained from her generosity of spirit and creativity.  I do my very best to pass on that same spirit to my students of all ages, from 8-80.  (Yes, really!) 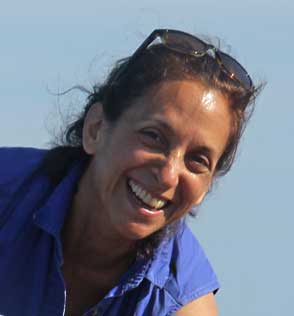 When I went from Iceland to Greenland all those years ago, I accidentally stumbled into photography.  Maybe it was the beauty and magic of those places, but the photos I brought back with my less-than-professional-quality camera were breathtaking and a dear friend encouraged me to show them.  I ended up with exhibitions at The Cathedral Church of St. John the Divine in NYC and The Edward Hopper House in Nyack, NY, as well as a handful of other galleries. Several of my photos were included in Vikings: The North Atlantic Saga, published in conjunction with the Smithsonian National Museum of Natural History’s two-year traveling exhibition of the same name. I also presented an excerpt from The Thrall’s Tale (then called Bibrau’s Saga) as a special event at the Smithsonian.  For me, the experience remains one of the highlights of those early writing days.

These days, I teach a ton, write nearly every day, and am the proud mother of two intelligent, talented and gorgeous teenage boys.  I live with my husband of 30 years in suburban New Jersey where the New York City skyline is a visual stone’s throw from the forest where I walk, think and talk to myself – in character – most mornings.

Judith Lindbergh’s debut novel, The Thrall’s Tale, about three women in the first Viking Age settlement in Greenland, was a Booksense (IndieBound) Pick, a Borders Original Voices Selection and praised by Pulitzer Prize winners Geraldine Brooks and Robert Olen Butler. Her work has appeared in numerous publications including Archaeology Magazine, Edible Jersey, Scandinavian Review, The World & I, the literary journal Other Voices, and most recently in UP HERE: The North at the Center of the World published by University of Washington Press. She also contributed to the Smithsonian Institution’s exhibition Vikings: The Norse Atlantic Saga and was an expert commentator on the History Channel’s documentary series MANKIND: The Story of All of Us. Judith is the Founder/Director of The Writers Circle, a community-based creative writing organization providing workshops and events in several suburban New Jersey locations. She regularly teaches creative writing to students from ages 8-80.