No, this is not an announcement. I am not even thinking about giving up on my novel. In fact, revisions are going rather nicely. Though I’ve been inundated with other obligations over the last two weeks, when I return to my manuscript, I see that my vision is becoming clearer and the suggestions that I fought against back in the fall are resulting in a much better story overall. I am, for better or worse, in sickness and in health, married to the long, slow, sometimes torturous process of completion, even if it – and sometimes it threatens to – kill me. 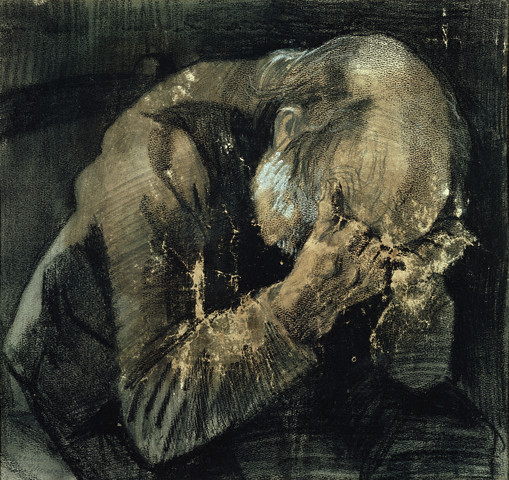 Nonetheless, over the last few weeks, a couple of writers have come to me at wit’s end. Exhausted, they’ve announced that they’re ready to give up, or at least to shelve their half-formed creation for a little while. (Subtext: maybe forever!) Their frustration is thick in their voices, in their carefully worded emails, in their slumping body language and their labored sighs.

Believe me, I do understand!!!

In class I’ve often referred to my unpublished novel, my first, the one that “belongs in the drawer”. I’m truly grateful that it never made it’s way to print, though I labored over it for four years.

Some of you also know that, right after The Thrall’s Tale was accepted for publication and while still in the throes of nursing my second son, I charged ahead on new novel, what the industry would call my “sophomore attempt”.

The term “sophomoric” comes to mind when I look back at those pages now.

Several months of research and about a year of writing went into that work – about 120 pages of stilted language, over-weighted plot, and characters who whined so much, they annoyed even me.

I knew something was wrong when I kept going back to the beginning. The first few chapters just felt stiff. Though I tried to move ahead, I felt their tug like something icky stuck to my shoe.

After well over a month rewriting a particular chapter, I paused, printed out all the pages so far, and sat out on my deck to read. By the time I finished, I was crying (and not because I was moved). I didn’t stop for several weeks, as I knew with all the crushing weight of Jovian gravity that that book was headed “into the drawer” with my first. It was going nowhere.

I’m not sure what the real problem was – writing under the influence of post-partum hormones, dealing with the challenge of having an infant and toddler on hand, or simple the very real effort of letting go of The Thrall’s Tale’s voices that had occupied me for so many years. Whatever it was, the writing sucked! (And you know I don’t use words like that often or lightly.)

A recent New York Times article, “Why Do Writers Abandon Novels?“, details how other authors have faced the same hopeless end of their fraught labors. It’s a frightening moment, a step that no writer takes blithely after months and even years of sweat, agony and pages crumpled and torn, especially in this high pressure publishing environment where all authors feel the breath of oblivion at our necks, demanding another book soon or be forgotten.

But in that moment when I finally let go, there came a very real, if very painful, release. And not long after, out of the deep darkness of writer-ly defeat, there shined a glimmer of hope. As so often happens to me, I received a sort of “sign”.

In this case, it came in the form of a PBS documentary about Central Asian burial mounds, a topic that probably fills none of you with awe. (Sorry, but I’m fascinated with long-dead things.) In fact, the docu was about a burial I’d read about long before, but filed away for down-the-line when I wasn’t in the midst of a 500-page project.

There I sat, watching as archaeologists uncovered warrior-priestesses of an ancient nomadic tribe. The gruesome faces of the burials grew flesh and blood in my mind. In that moment, I felt the weight lift from my body and a new adventure opening before me.

What I learned was that, through those wasted pages, lost time, and frustration, I had cleansed myself of all that had come before: the voices I had served for so many years, the baby-hormones, the mommy-chaos, the elation and despair that are unavoidable steps on the author’s first publishing journey. All of it. I was reborn, ready to begin anew.

The next day, I went to the library and chose my first book to begin my research. Holding it as preciously as a baby in my arms, I went home, sat on my deck, and began again.